12 new albums on their way to you, from very different artists representing a great range of genres and of voices. But most of the artists have in common that they don’t complicate things when writing and performing music. Simplicity is the key.

All the new music is here..

Faye Webster flirted initially with hip hop, but moved on to a mixture of many genres, but all of it may be labelled pop, I guess. Her songs are personal and a bit sad-sounding, fragile and sweet, reminding me a bit of Kacey Musgraves.  I simply like listening to it, so her she is in my blog list.

There isn’t much of Syria and Middle Eastern rhythms and sounds in Bedoine’s music, but she is truly born in Aleppo. She has adopted Western music wholeheartedly,  labelling herself as “seventies country-funk with a glimmer of bossa nova cool. “ Well, I don’t know about the funk, because these are sweet, personal songs that appeals to the heart more than to your sense of rhythm. 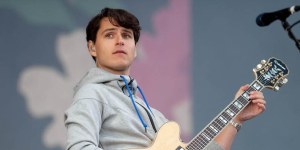 I have to admit that I have shunned Vampire Weekend for years, expecting it to be music for other people’s ears. But after having listened extensively  to Father of the Bride I have come to realize that Vampire Weekend is by all means for my ears – and I hope for yours as well, because this is happy, creative, clever, playful music, and I am beyond excited, I am a new fan. I could have added all songs from the album, as I haven’t found a single track I didn’t like. But how unfair would that be to the other brilliant artists in the list? Very. 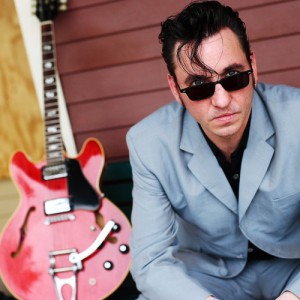 I have been a huge fan of Hawley for years, and some of his previous albums are among my all-time favourites. His new album, Further, brings little new to the table, perhaps a bit more up-beat than before, but his songwriting craft is still at its peak. And his voice, reminding me of Roy Orbinson more than anyone else’s, is still in as good shape as before.  The blueprint is the same, yes, but that’s all I crave.

Tyler Ramsey – For the Morning – Pop/Americana

Tyler Ramsey lives out in the country in North Carolina, and his music definitely sounds like it, airy and pure, rural without being too much country. He sings really well, reminding me a bit of Father John Misty, but I wish the producers had dared to cut down a bit on the constant harmonies they add to his voice. It creates  too much of a distance to the listener.

Luther Russell wanted to make an album that reflected his growing up in San Fernando Valley, a celebration of rock’n’roll and the good life. Which may explain why this album sounds so happy and fresh and young, even though the music goes back to the roots of rock and pop.  His voice is both powerful and fragile, as are his songs. A good-mood album if there ever was one.

Portuguese Salvador Sobral is already well placed in my list with his latest album. We all remember his sister Luisa from the ESC final, singing the winning song with him, a song that she wrote. On Rosa she shows off her rare songwriting skills once again, minute and mostly songs with very little orchestration, just her sweet, vulnerable voice telling stories I wish I understood. 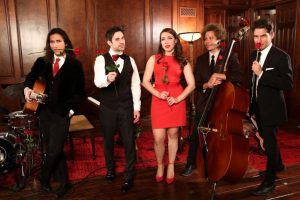 Scott Bradlee had this idea of turning contemporary songs into songs of yesteryear. He has turned his idea into a thriving business, and the performances in places like Nevada are constantly sold-out, attracting an audience of all ages. It is hard to recreate the atmosphere of the shows to the recording studio, but look it up on YouTube if you feel the tracks I have added  make you curious about how it all looks on stage.

Little Steven & The Disciples of Soul  – Summer of Sorcery – Rock/Blues

Little Steven & The Disciples of Soul

I have had the pleasure of getting acquainted with Little Steven when he was doing the TV series Lilyhammer. He is a great comedic actor, but his main talents are as musician. As part of the E Street band he has always been stuck a bit in the background, but with Disciples of Sould and on Summer of Sorcery he shines both as a singer, guitarist and not the least as songwriter. This album should have been in my list during the summer, because it has a tremendous summer feel to it. But maybe this is a way of making the summer last a bit longer. Don’t pack your swimsuits away just yet.

As a young man I bought and listened to the Alan Parsons Project albums and was intrigued by this man who wrote all the music, but always left it to other musicians to perform.  It was the origin of the concept album, to a large extent. Every album had a theme and a story, more important than the performers.  Now Alan Parson has reached a mature age and decided to realease an album with himself as the main artist. I don’t honestly know how wise a move that was, because The Secret is a bit pompous and frankly with some mediocre songs. But not all – I have picked some of the songs that has the quality of the 70s albums that I enjoyed so much.

Billie Eilish – WHEN WE ALL FALL ASLEEP, WHERE DO WE GO? – Electropop 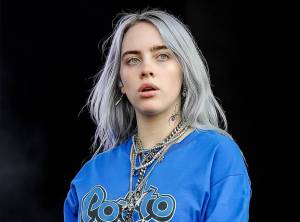 Billie Eilish is more of a phenomenon than an artist, created online with incredible speed, and she is now one of the best-selling artists in the world, while being more or less unknown a short while ago. Reviewers have described the music as genre-defying, and I can’t argue with that, because this 18-year old is instantly recognizable as herself and no-one else. The simple, but powerful electropop arrangements are part of the allure.

Randi Tytingvåg is a brilliant jazz singer from my hometown of Stavanger. She has recently joined forces with Dag Vagle and Erlend Aasland and formed a trio that has created a new and interesting sound, merging folk, country and roots with a bit of jazz on the side. They have avoided pouring a lot of orchestration on top of their songs, keeping them pure, acoustic and clean. The result is simply beautiful and beautifully simple.