Sometimes the leftovers taste better than the meals they once were. Some of the albums from last year previously not reviewed in my blog, are hopefully as satisfying as the excellent albums I served up before Christmas. I have added 36 new tracks to the Spotify list, most of them with female artists, helping to prove once again that some of the best musicians on the scene today are truly of the womanly persuasion.

My employer NRK, Norwegian Broadcasting Corporation, shamed me a few days ago, by transmitting a concert with Caro Emerald – a Dutch artist I freely admit I had never heard of. That wouldn’t have been so bad if it hadn’t been for the fact that this particular artist sold more records in Holland than Michael Jackson, and had a monster album hit in many European countries with ”The Shocking Miss Emerald” last year. For my total lack of knowledge about Dutch jazz/pop artists I repent by giving you six wonderful tracks from this album.

A group from the Continent that I have heard of, in fact played many times already, is Club des Belugas. This German dance group, heavily influenced by jazz and 50s pop, has released an album a bit different than their previous dance albums. ”The ChinChin Sessions” offers less variation than before, but if you like what you hear, at least there is lots of it.  The Club has teamed up with German jazz trumpet player Thomas Siffling and Hungarian vocalist Veronica Harcsa, and if winding down is your thing, listen to more than the three great tracks I have added to the blog list.

Another repeat customer in my list is Eliza Doolittle. She released her second album late last year. Her first album, simply titled Eliza Doolittle, was nothing less than brilliant – in my view surpassing releases from similar artists like Lily Allen – fresh, naughty, varied and stealing shamelessly from a dozen music genres.  Her second album is considerably more mainstream, which may probably win her a larger audience, but some of the excitement is gone for me. That doesn’t in any way mean that “In Your Hands” is a bad album – far from it, and to prove it I have added six songs.  But Eliza has gone from excellent to very good.

An emerging artist from Oslo is Emilie Nicolas, and Oslo newspaper Aftenposten just named her one of the most promising new artists in Norway. I know Emilie from way back – she is a friend of my daughters’ – and signs of her great talent were apparent at a very early stage (easy to say in retrospect, but it is true). More songs are available on SoundCloud, but I have added her first single “Pstereo”, so that you can get a taste without too much effort. Expect more from Emilie soon.

Jonathan Wilson has been central on the Laurel Canyon music scene in Los Angeles for a long time, but until recently he wasn’t a household name outside the music industry. With last year’s “Fanfare”, however, this somehow changed and his career took off as they say. Many journalists put “Fanfare” on the list of Best Albums of 2013, and with good reason. There is a lot of nostalgia in Wilson’s music, and at times his music takes me back to the 70s and 80s to some of the psychedelic bands of the era, but his sense of melody is always there.

Last year I publicly converted to Country Music, exploring artists like Caitlin Rose and Guy Clark. That doesn’t mean I have taken up listening to some of the heaviest country artists, but I find myself listening to more and more mainstream Country. One of these artists is Texan country girl Kacey Musgraves (the name alone!), and to try to win over more converts I have added some of her delicious songs from her latest album “Same Trailer Different Park” (the name alone!).

Sade is not recording any more, so what to do if you need to relax? Really relax? There’s something far from rotten in Denmark, and it’s called Rhye, the collaboration between Robin Hannibal and Quadron, two seasoned Danish record producers, and Canadian artist Milosh. The result is “Woman”, and four blood pressure lowering tracks are added to my list.

Moving to neighbouring country Sweden, we find Gothenburg artist Sumie. She doesn’t push your blood pressure up either. Her songs are wonderfully cool, in the original sense of the word, soothing, pure and simple. Bella Union, the record company with a particularly good nose for new talent, picked her up and released her debut album, also titled “Sumie”. If you are a fan of Ane Brun, this is for you. If you are Ane Brun, this is for you, too, but then you should worry.

We end the review of new additions to the blog list with Tess Henley. She is a rhythm and blues singer from Washington State who released her fourth album in May last year, “High Heels & Sneakers”. I enjoy the freshness and the no nonsense of her music, no pretention here. Hopefully you agree.

To make room I have deleted Thea & The Wild, Sarah Blasko (my favourite in 2013), Regina Spector, Highasakite, Gut Clark, Cashmere Cat (who was Artist of the Day in The Guardian today; Pewalla Blog is one step ahead of The Guardian, in other words), Bendik Brænne and Albert Hall. 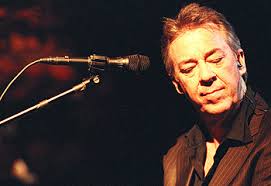