Don’t just take my word for it. Below are my 10 favourite albums of 2016. But as an avid reader of my blog, you already know what I think of these fabulous albums. So this year I have added excerpts from other reviewers who also happen to love these albums.

But reviews are opinions. Shape your own, listen to the albums and see if you agree with my (and the reviewers’) annual report.

I have made a playlist with all songs from all 10 albums: Click here for playlist. To listen to individual albums, click on album title.

I wish you all a happy new musical year, hope you will be back to listen to new tracks that I have carefully dug out for your listening pleasure, in 2017.

AS LONG AS (EP) – Billie Marten

Marten is a welcome change of pace voice in a crowded singer songwriter landscape. Her ability to tell these sorts of sad, tragic, emotional stories is really remarkable. Her talent is really still emerging, which is shocking in and of itself. I’m genuinely looking forward to hearing where she goes from this EP. But there’s no need to rush; I’ll listen to this album several times over. Of course the four songs don’t feel like enough, but they whet my appetite for more from this exquisite songstress.

Greg Jones, Ear to the Ground. 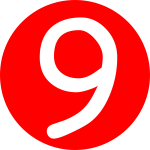 An Italian composer resident in Berlin, he is a master of the piano but a student of popular music’s many and varied turns. The result is a lyrical, rhythmic and emotive modern classical sound that enthrals to the last….Albanese joins a select group of modern classical artists able to offer so very much without the need for words.

PASS IT ON – Douwe Bob

Pass it on is a collection of surprisingly profound songs, the near perfect second release of a great talent.

Ever since Madrugada (Høyem’s band) released the album «The Nightly Disease» the night has been associated with Sivert Høyem… Yet it is the light that characterizes this album, and it far warmer than on HØYEM’s previous solo albums. It is striking how melodies and seemingly uncomplicated arrangements define the direction of the album. 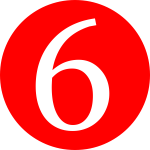 REMEMBER US TO LIFE – Regina Spektor

Despite widening the playing field a bit, Remember Us To Life is simply Regina doing what she does best. She’s always had a knack for writing both flashy and tender pop melodies, but on her latest album she knocks each number clear out of the park. It’s a delightful smorgasbord of all things Regina, complete with the richest selection of music she’s ever offered up on a single album. The various styles and flavors at hand here make for one hell of an indulgence. And dammit, I don’t remember the last time it felt this good to indulge. 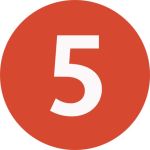 ALL MY DEMONS GREETING ME AS A FRIEND – Aurora

Fears and sorrows hold a radiant gleam on “All My Demons Greeting Me as a Friend,” the rapturous debut album by the 19-year-old Norwegian singer and songwriter Aurora…. “Conqueror” is the pop bait for a more introspective album, full of thoughts about solitude, loss, mortality and the tenacity — signaled by the music as much as the words — to endure them. Aurora, whose last name is Aksnes, has a high, pure voice imbued with a serene conviction that can seem childlike or ageless, hinting at fellow Scandinavian singers like Lykke Li and Björk; her melodies hint at Celtic and sometimes Asian music. Her voice also lends itself to the endless layering that becomes both her shield and her consolation… Aurora’s producers and songwriting collaborators, primarily Odd Martin Skalnes and Magnus Skylstad, build crystalline electronic edifices completed by her many vocals: celestial choirs, rhythmic interjections, gangs of unison reinforcements.

THE THEORY OF JOY – Ian Shaw

Jazz singers magnify the character tics of everyday life – tell-tale inflections that reveal a backstory, offbeat emphases, the catch in a voice of a hidden regret, all the mannerisms that bring favourite singers as close as partners or friends… Ian Shaw doesn’t record as often as he should, as is confirmed by this collection of favourite songs and three originals. Though he knows many idioms, and is as likely to echo Stevie Wonder as Carter or Murphy, Shaw is in his most suitable element here, with a sharp-eared and sensitive jazz trio led by the excellent pianist Barry Green. Blossom Dearie’s You Fascinate Me So mingles the singer’s candidly talkative delivery and graceful falsetto flights. Bowie’s Where Are We Now? poignantly captures bruised resolve in swerving long notes, All This and Betty Too includes a respectful impression of Carter’s sound and speed, Traffic’s The Low Spark of High Heeled Boys is bluesily intense. It might occasionally sound like lounge jazz to a very casual listener, but you don’t have to bend an ear very far to detect its character and class.

YOU WANT IT DARKER – Leonard Cohen

Leonard Cohen’s 14th studio album is a bleak masterpiece for hard times from pop’s longest-serving poet. At 82 years old, what is truly extraordinary about Cohen is not that he is still making albums but that they are as rich, deep and potent as ever. If anything, his ruminations on life gain added poignancy and urgency with passing time.

Something between defeat and defiance has crept into his tone, which has dropped to a half-spoken bass whisper, a grumble and sigh filtered through a weary frailty that makes his pearly couplets shine even brighter.

But this is an album with things to say about modern life as well as death. The most compelling songs have a state of the nation sweep, in particular addressing failures of religions that preach love but deliver conflict. The title track, propelled by a threatening bass figure, is delivered as a statement not a question, fuelled by a deep pessimism only leavened by empathy for the downtrodden and Cohen’s pitch black wit.

I am not sure it could get any darker than this but there is redemptive beauty to be found in someone facing the inevitable with defiant humanity. 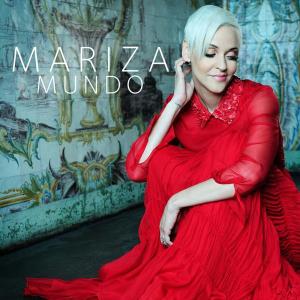 Even if you don’t understand a word of Portuguese, the enormity of Mariza’s gift is immediately and intoxicatingly evident upon first hearing. Armed with an alluring voice and arresting charismatic presence, Mariza is one of the great exponents of the Portuguese fado music and much more than that….

This wonderfully executed and produced album exudes careful craft and consideration. … The beauty and relevance of Mariza’s work truly lies in the subtle details she brings to fado music. As a result, there is a nice conjunction of joy and sadness, yearning and hope, which draw equally from the traditional and the modern.

Mundo is an album that sounds like a world of music in itself. What makes this album outstanding is its inner flame. For most of the songs Mariza sings with a newly found maturity and she never oversells a lyric for effect. The careful structures and the lively and tight performances give that feel of a nearly perfect record. Mundo is a sensually charged, wonderful album that is truly a work of art.

Nenad Georgievski, All About Jazz 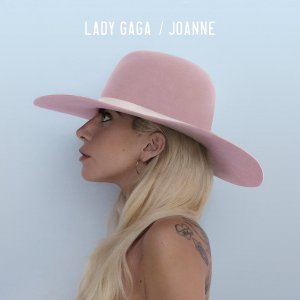 When evaluating a new work by a famous artist or band, I often imagine how it would sound from behind a veil of ignorance, without the taint of prejudice and, maybe, with some degree of generosity. If this were the debut album from a promising rock band, with Stefani Germanotta as its fabulous lead singer, I suspect Joanne would be hailed for its audacity. It goes from punchy (“Diamond Heart” and “A-YO”) to lovely (“Joanne”) and back again at a breathless clip. The album reaches full thump on its middle dance-rock trifecta (“John Wayne”, “Dancin’ in Circles”, and “Perfect Illusion”) before careening into softer, and odder, directions. “Million Reasons” is a gorgeous country-western ballad, which gives way to the bouncy two-step of “Sinner’s Prayer”. Jazz hands lift the euphoric “Come to Mama”. Florence Welch shimmies into the easy sisterhood throwback “Hey Girl”. Joanne concludes with the devastating, if inscrutable, “Angel Down”.

Back to reality, and full context, Joanne still represents a striking course correction for Lady Gaga. By abandoning the dance club for the dive bar, she may have tossed aside her status as a pop star once and for all. But Gaga has emerged as something better and truer. Stefani Germanotta is a theatrical rock goddess. And, baby, she was born that way.

And – as an extra treat, here are previous number ones: 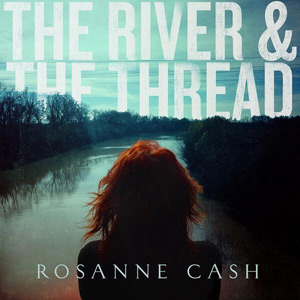 The River & The Thread – Roseanne Cash 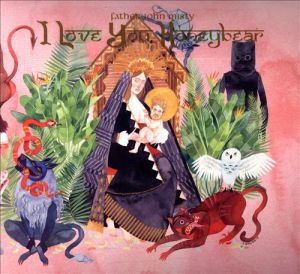