Not only in my field of work, television, but also in music: without good content, talent goes to waste. I am surprised to see artists with great potential release new material, and so much of it is just not good enough, mediocre, uninteresting, uninspired. The result is that sometimes I have a hard time identifying enough tracks to justify a place in the blog list, and lots of albums with just one, two or three interesting pieces of music, end up being scrapped before I publish my updated list. Luckily, many albums offer more, and today I am introducing 14 albums with four or more terrific tracks for your enjoyment. Still, some of these artists are considerably better than the majority of their material.

The Northern Irish singer and composer Neil Hannon performs as The Divine Comedy. He is fond of music from yesteryear, and is a true magician with words. (And with melodies, for that matter) There is a lot of comedy and truth in his lyrics. Here are samples from the new album Foreverland.

A similar artist focusing on lyrics is Bob Lind, not as funny, but very personal, bordering on the private, lyrics written to wonderful melodies. The vocal is very intense, sometimes putting a smile on my face because it is a bit too much. Still, I love this quirky album, with an even quirkier name, Magellan was wrong.

Staying in the U.S., let’s move on to Max Jury from Des Moines, Idaho. His self-titled album, Max Jury, is a thorough piece of pop with roots, with lots of promise for the future for this young artist. “Great American Novel” is one of this year’s greatest songs, if you ask me.

I am similarly impressed with Dutch chanteuse Janne Schraa. She has a jazz background, but her album Ponzo Light is more country and pop than jazz. There really isn’t a single bad track on the mini-LP (or maxi-EP), and her silken voice turns this into a unique listening experience. 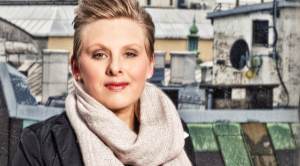 Norwegian Torun Eriksen’s voice has a similar effect on me, albeit a very different voice from Janne Schraa’s. Her background is also from jazz, and her Grand White Silk, leaves no doubt about her love of jazz. The album is nevertheless accessible for more than jazz fans, with obvious inspiration from soul, funk and pop. Sometimes that material is a bit too experimental for my taste, but I have picked four great tracks for your enjoyment and mine. 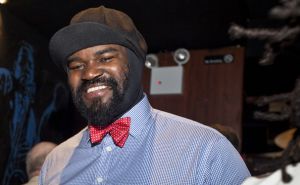 Gregory Porter is more true to jazz than the two preceding artists, but his new album Take Me to the Alley, offers fusion of jazz and pop as well. I fully understand Porter’s need to please a greater audience with his distinctive warm and rich voice. Still, he is never better than when he performs straight jazz numbers, like Fan the Flames.

Next week I’ll be attending a concert with Brian Wilson performing the whole of Pet Sounds. I can’t wait. I can shorten the wait by listening to The Explorers Club and their new album Together. These guys really know how to imitate the Beach Boys sound to perfection. However, this would not have been enough if the band didn’t write great, new songs to go with their harmonies. However, some of the tracks are too bland, but something would be very wrong if they managed to do Beach Boys as well as Beach Boys.

One of my favourites, Ed Harcourt, is out with a new album, considerably meaner and rougher than before. The album is amply called Furnaces, and all mildness of previous albums have sieved away. It is more a more demanding listen than I would have expected from him, but the more I listen, the more I forgive. If you like what you hear, go to the full album. If you feel it is a bit too rough, go to Harcourt’s amazing previous two albums.

Scott Hirsch is a true American artist, a man on the road, clearly inspired by both Americana and Dylan, still creating his own music without real borders. His instrument is the bass, and many of the tracks put more than usual emphasis on that particular instrument. Bassists are the seam in most modern music performances, and with the seam in place you can do almost anything. Just like Scott Hirsch does on Blue Rider Songs.

Similarly, Leyla McCalla, builds her musical universe around her principal instrument, the cello. Her Haitian background also influences the music, turning the album A Day for the Hunter A Day for the Prey into a folk album for the most part. The orchestration is nevertheless very different, with strings, banjo and Leyla’s Caribbean voice creating a unique sound.

On to another singing bassist, Britta Phillips from Pennsylvania, and her new album Luck or Magic. Phillips has been around a while, she knows how to accentuate, to hold back, to choose the right ingredients to lift both her own music and a number of covers. Her version of Drive by The Cars is perhaps the best track on the album.

Another singer looking back for inspiration is Lawrence Arabia (his real name is James Milne) from New Zealand. There is a lot of the 70s on Absolute Truth. Lawrence’s tenor voice fits the songs so well and turns them into chocolaty sweets, but with an edge. And yes, he is also originally a bassist, an obvious trend here, don’t you think?

I fell in love with Laleh’s voice the first time I heard it on a soundtrack for a Swedish TV series. Since then she has matured into one of Scandinavia’s most exciting and popular young artists. Her Iranian background is not particularly prevalent on her new album Kristaller (Crystals), and it is more r&b than before. But the lyrics, for those of you who can understand them, are still personal, uplifting and inspiring.

You may remember the lovely female voice on Damien Rice’s albums 0 and 9. It belongs to Lisa Hannigan, and now she is out with her own album, At Swim, her third in fact. He mild and airy voice fits the music as a glove, and the Irish influences help turning At Swim into a calming listening experience.

Rihanna, Johnny Borell, Bonnie Riatt, Loretta Lynn, George Harrison tributes, The 1975, KMF, Jamie Scott, Jonathan Jeremiah, Douwe Bob, Ezra Furman, Emitt Rhodes, Selena Gomez and Emmy the Great sadly leave us to make room for the artists above. Some of these I am pretty sure you’ll get reacquainted with when we sum up the year together in two months’ time.