To paraphrase, in his 100th birthyear, perhaps the greatest singer of all time, Frank Sinatra, «It poured sweet and clear, it was a very good year».

It was indeed. As you can gather from my previous post, it is hard to choose between a number of brilliant, some future classic albums, but I have made an attempt.

To save you the trouble of listening to each album one by one, here is a link to the Spotify list of all 10 albums:

And here are the details:

I had mixed feelings about this album when I started listening to it; now it is among the 10 best albums of the year for me. Moral: Keep playing and keep listening.

Chris Connolly is  Sun Kil Moon’s pianist. Rock music is by definition repetitive, and Connoly brings the revolving themes into his piano pieces. I find it mostly comforting and heartbreakingly beautiful, an album for relaxation and contemplation.

I have waited for the definitive album from this all-female Norwegian group, and I hope and expect this is it, because Katzenjammer deserves an even larger following than they have today, with their foot stomping folkmusicy (I have to patent this word) and happy music. If you ever looked for the perfect bridge between folk and pop, look and listen no further. Here it is.

One of the biggest musical surprises of the year  is Rayland Baxter and his second album Imaginary Man. His voice is so out-of-the-ordinary, touching and occasionally even intimidating , but never unexciting. Every time a track starts he grabs my attention even if have drifted away for a minute. The songwriting is equally good, songs that sticks with me. There is humour and grief perfectly mixed together on this amazing album.

Chris Cornell is better knows as the lead singer of Soundgarden. There is no doubt he has got a powerful voice, and he enjoys using it with full force. I still like him better when he tones it down a bit, and on Higher Truth you get a bit of both. It is a brilliant collection of songs.

David Gilmour has gone into the studio alone and recorded a considerably better album than Pink Floyd’s 2015 release The Endless River. Rattle That Lock is as accessible as Pink Floyd at their best, great pop songs with strong melodies, some of these reminiscent of tracks from a musical. His solo guitar trademark is printed all over the album, and his vocals are mixed all the way to the front, successful producer moves, both of them.

I am so excited about Kathryn Williams’ tribute to Sylvia Plath, the concept album Hypoxia, even though I lack most of the references. The songs are dark, but eerily beautiful and one can sense the deep emotions behind them, particularly in “Tango with Marco”. Kathryn Williams has been around since the 1990s, as a folk singer, and Hypoxia is her 11th album.

4. WHITEHORSE: LEAVE NO BRIDGE BEHIND

Whitehorse and their album Leave No Bridge Unburned. came as a complete surprise to me. As I listened to it for the first time, I was completely taken aback by the quality and the smartness of the song writing. There is a freshness and cheekiness to the music that is quite rare these days.   This is Whitehorse’s second album, so hopefully we have years of wonderful music to look forward to. 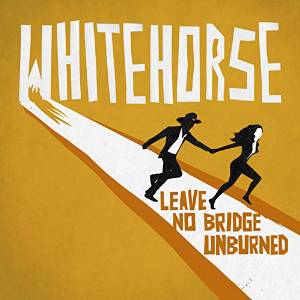 I have never been thrilled by Damien Rice’s whispering, ultra-thin falsetto voice before. Then My Favourite Faded Fantasy comes along, and I am completely taken aback. I know I have used the word classic a lot,  but I have to use it again. Yes, the voice is still there, but it is put to use in a collection of songs that never stop growing on me. Many of the tracks start small and grow into wonderful landscapes of sound. It is hard to label the music, we used to say Damien Rice was a folk singer, but I don’t think so, not any more. This is the music of conviction. 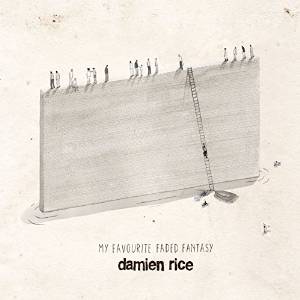 It has been a fight the last few weeks, my heart says number one, my conscious mind says number two.  Followers of my blog have come to learn of my growing infatuation with some country music, and one of my absolute favourites is Kacey Musgraves. Her lyrics are personal, funny, bittersweet and self-deprecating, inviting me as a listener in to what feels like a private world. The majority of the songs on Pageant Material  are lovable, some nothing but brilliiant. It is impossible to sulk when listening to the album. I dare you to try it.

Not many albums permeate the mundane and bring us to music that may last longer than we do, the mark of true classics. I first heard Father John Misty’s voice as part of Fleet Foxes, the wonderful post-Beach Boys band that was the talk of the music industry four-five years back. I added his first solo album to the list, but it is with I Love You, Honeybear, that Father John Misty emerges as a truly great and perhaps lasting pop artist. Of course his name isn’t John Misty at all, but Josh Tillman. His lyrics come with a warning, not that I would think many would take harm from listening to his stories of doubt, sexual urges, of falling in love and of sticking to relationships. It is not necessary, however, to glue your ears to the speakers to grasp every word; the songs are small symphonies with a great value even without the lyrics.

I wish all my blog readers a happy yuletide and a wonderful, rewarding new year. I will be back in 2016 with more fantastic music you probably would have missed.  And remember, my blog list is always updated and available. Click my picture, and beautiful music will surround you. 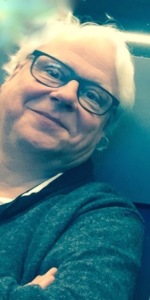