I hear you: If these 15 fabulous albums are runners-up, how good can Top 10 in ’15 be? You’ll find out very soon. In the meantime, enjoy some of the very best music – in random order – this great music year has had to offer. Click on the cover, and I will take you directly to the album on Spotify (Yes, I’m impressed with me, too). I have also added excerpts of my previous reviews.

Blood is a great and musically wide-ranging album, introducing us to both soul and sophisticated pop. She worked for a while with Prince, and his influence can definitely be heard, particularly in the daring arrangements and self-confident use of her pleasing voice. 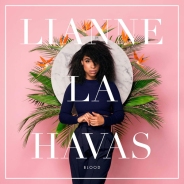 …Souther doesn’t even try to make music that sounds remotely modern, but for all of us missing Don Henley, Harry Nilsson and other 70s crooners find some consolation in JDs sweet, tender pop music. I have fallen in love with this album and will turn to it every time life runs off with me, reminding me of the wonderful first decades of my adult life. 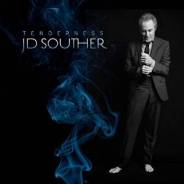 Mimmi Tamba from the northern town of Tromsø.. started out as a soul artist, but when her first full album was released, Storm, reviewers and audience alike were pleasantly surprised to find that Tamba could do so much more. Storm is difficult to pigeonhole, more pop than soul, that’s for sure. …Mimmi Tamba is an artist with a rich talent, yet to be fully blooming.

This pop album offers much more than pop (and the pop is exquisitely good), ending with a full piano concerto reminiscent of George Gershwin’s rhapsodies, that Folds performs himself together with the Nashville Symphony. It isn’t as good as Gershwin, but what is? I love this album…, 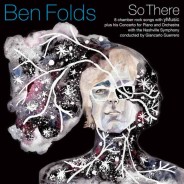 Ben Folds: So There

Simi Stone has got a perky voice that can liven a funeral, and even though this is her first and is made in 2015, no doubt she knows her soul history.

..Buffy Sainte-Marie returns with a surprisingly good album in her 74th year, Power in the Blood. It is ironic that a 74-year old is the artist with the most power in her voice, in her arrangements, and not the least in her convictions, in my list right now. She has had ample time for practise; her first record came in 1963, 53 years ago, and she hasn’t lost the touch. 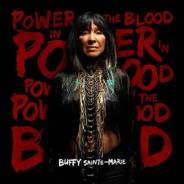 Buffy Sainte-Marie: Power In The Blood

If I believed in reincarnation, which I certainly don’t, I would have suspected Roy Orbison was involved in putting Richard Hawley together. The same baritone voice, the same pain as well as soothing in the voice, but Hawley is still his own man. His songwriting and his guitar skills add to his genius. 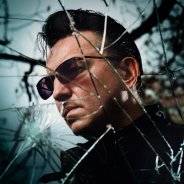 this album is nothing but brilliant. Introvert, vulnerable and touching, Saint Saviour’s voice embraces the listener, and the songs are little gems that stick in your mind. The Manchester Camerata Orchestra accompanies her on all tracks, creating a timeless atmosphere. 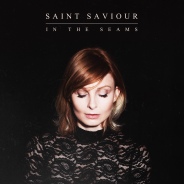 Saint Saviour: In the Seams

Brian Wilson keeps the surf beat going, repeating himself just enough to keep us hanging on and without tiring us out. THE ALBUM is bursting with sunshine and happiness. Some of the songs brings me back to less troubled days, to a quiet place in my soul. What more can I ask for in music? Bless you, Brian Wilson, may you live and compose and perform forever. 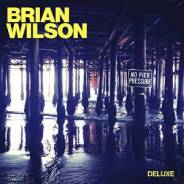 Canadian Tobias Jesso Jr. knows how to churn out McCartney-esque songs. He was discovered by Adele, who tweeted about him.  There is a lot of looking back on Goon, I hear Lennon, Billy Joel, and many other similar men in awe of women and love. Jesso’s craftsmanship is undisputed, and I dare predict this is not the last album from him. 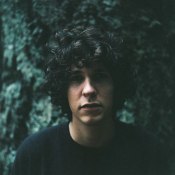 A.. strange band is Club de Belugas, with their jazzy dance tracks and swinging ear drum teasers. The German band ..has a loyal following of fans – and of vocalists. Some of the greatest are represented on their new album, Fishing for Zebras, my personal favourite being Veronika Harcsa, with one of the most distinguished and arousing voices around. 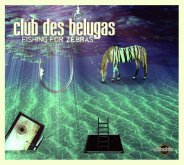 Sharon Robinson has been Leonard Cohen’s backing singer, arranger and collaborator for decades, and co-wrote some of his songs, like Everybody Knows. She has just released her second album, and some of the tracks on Caffeine are just exquisite, so when you have played Cohen’s songs to death, put Sharon on instead. You blood pressure will stay down. 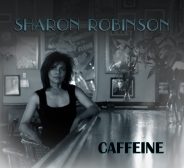 English folk singer Darren Hayman discovered an old pamphlet from the 1880s with lyrics for songs to be sung by socialists. In only two cases did the writer, William Morris, specify a tune, so Darren made up the rest.  even if you’re not a socialist yourself (I’m not), you might be moved by both the poignant, historical lyrics, but also of Hayman’s great new tunes and harmonies. 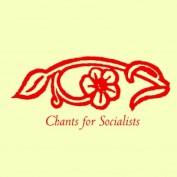 Few singers can produce the voice as a rhythm instrument better than Gardot. She seems to be experimenting more both with lyrics and melody (excuse the pun) on this album than ever before, and I tag along for the ride.  Currency of Man grows and grows every time I listen to it.

In 2013, I dictatorially voted Sarah Blasko’s I Awake as Album of the Year. The brilliant Australian singer is back with a new album, Eternal Return…There isn’t much happiness in Blasko’s music, but the intensity and sincerity in her voice makes up for it a hundredfold. Eternal Return also reveals new levels every time I listen. 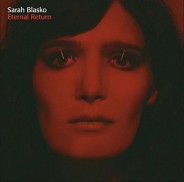