In 1976, a band called Klaatu released the album 3:47 EST, and soon a rumour started spreading around the musical world that the equivalent of the return of Jesus for Christians was actually happening in music: The Beatles had reunited and had released an album in all secrecy. The evidence was all there: the Beatles sound, Ringo’s drumming, George’s guitars, Lennon and McCartney’s harmonizing, and an album without photos and names of band members. I was one of the many that managed to get hold of the album, and for a short while I was a disciple of the idea of The Beatles resurrection. Of course, it was all nonsense, Klaatu was a trio from Toronto that was taken completely by surprise by the suggestions that they were indeed someone else. They weren’t, but in retrospect it must be said that it was easy to suspect that some or all members of The Beatles could have been involved in make 3:47 EST. It is a decent album that I have come to love, and listening to it again 44 years later, I realize it deserves a listen-through on its own merit. So – this is Classic Album of the Month. Listen and judge for yourself.

But I have also taken on the annual task of listening through the 40+ Eurovision Song Contest (ESC) entries and made a selection for you of the songs that I personally think has some merit. My pick for winner is Belgium and the song Release Me, but I will never know if Europe agrees with me, since this year’s final is, as you all know, cancelled because of the corona crisis. I have also added songs from Sweden, Italy, Iceland, Poland, Lithuania, Norway and Bulgaria. I’ll spare you the rest.

Here are this month’s details:

But you can also listen to Petter’s Long List, which contains all music reviewed in 2020. Click here.

And – by clicking on the album covers in the blog, you will be taken directly to that particular album in full 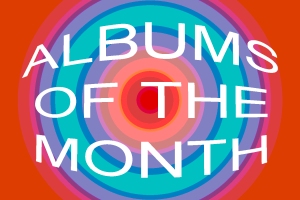 After Hours
The Weeknd

Maybe a surprising choice to include in my list, but I am impressed by the synthpop album by Canadian artist The Weeknd. It is surprisingly varied and experimental – in a good way, proving again that reaching superstardom doesn’t necessaryly make you a mediocre musician. 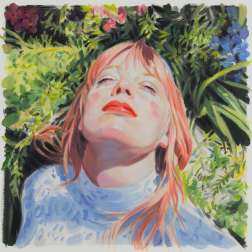 Are You In Love?
Basia Bulat

Now Magazine sums it up: «…exuberant folk-pop songs delivered with clarity, colour and conviction.» I introduced Basia Bulat to you as far back as 2013. She was good then;  she is as equally good now. 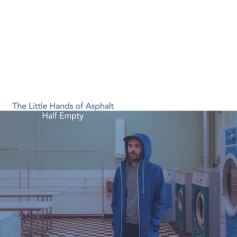 Half Empty
The Little Hands of Asphalt

The weirdest band name, I know, and it doesn’t even belong to a band. Sjur Lyseid (yes, it is an equally weird name if you’re not Norwegian) writes and performs sweet and well-crafted indie pop songs.

Happy Hour on the Floor
Parsonsfield

Another indie band, Parsonsfield, started out as quite an orthodox folk band. You wouldn’t khave known if I hadn’t told you, for Happy Hour on the Floor is cheerful and almost danceable. 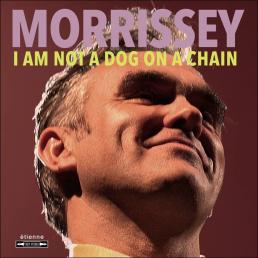 I am not a Dog on a Chain
Morrissey

Unlike Parsonsfield, you would never call Morrissey cheery unless it was to annoy him. Not that you’d succeed. Morrissey is annoyed with the world and the people in it already.  Still, he writes songs worth listening to. He continues to be a voice of difference.

If Anne Burch wasn’t fragile enough, listen to French-Israeli singer  Yael Naim’s new album. It is hard to strip down more without moving into a cappella land, but don’t let that frighten you off. This is oh so beautiful and moving.

Pokey LaFarge loves the past, and dives into many old-fashioned musical genres on this amazing new album. Don’t let the title scare you off, Rock Bottom Symphony, reaches for the sky, not for the underground.

The Guardian has already proclaimed this album to be the best of the year. I think that is a bit early, but no doubt it is a riveting experience listening to Katie Crutchfield’s mesmerizing voice performing songs with a World music feel to them.

Fairport Convention has with Shuffle and Go released 29 studio albums, so if you enjoy this one, which I am confident you do if you like folk rock, you can spend the next month or so listening to their back catalogue. And enjoy an early summer. Because to me there is summer in every track, happy, harmonious, flowering.

As promised in the intro, here are 8 ESC songs that you might survive listening to.

On Fire – THE ROOP – LITHUANIA

…And some great previews of we might expect will be equally great albums later in the year.

Fade Into You – Whitehorse

Green Is the Colour – Nick Mason’s Saucerful of Secrets

Lay It On Me Bavy – Nick Lowe

Should We – And Then Came Fall

We Can Hide Out – Mozambo Remix – Ofenbach & Portugal. The Man 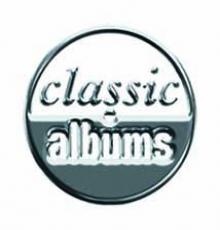 No more said – except that this is the original album copied straight off to Spotify as it was released 44 years ago, not re-mixed. So, you might have to turn up your speaker at times.