Many of this month’s artists are unfaithful to the musical genre they are most associated with, challenging reviewers (is this pop? Americana? Jazz?)  but giving listeners a wider range of music, fewer musical pigeonholes and a happier world altogether. There is also an age difference of some proportions among the artists reviewed: the youngest is barely a teenager; the oldest har turned 85. Still, they all beat to the same drum: great and ageless music.

Only the newcomers, here. 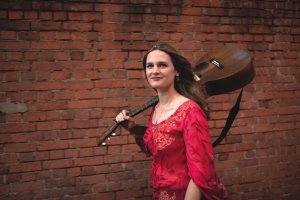 After playing the streets of Paris in the 1990s, Madeleine Peyroux (no, she isn’t French) finally got a recording contract and recorded the brilliant Dreamland. That’s when I started listening to her. I was surprised to read that Dreamland never made it to the charts anywhere significant; it was Careless Love that came 8 years later that gave her a huge audience, as a singer, bridging the gap between jazz and pop. Her newest album, Anthem, is her most mature yet, low-key and a with a sophisticated choice of songs.

The Jayhawks – Back Roads and Abandonded Hotels – Pop/Americana

The Minneapolis-based band The Jayhawks, has been around longer than Peyroux, and has broken up and reunited more often than I can count, but they are still at it, and have a catalogue of Americana-esque songs to choose from. This album is filled with songs they have written for others, but it sure sounds like The Jayhawks, melodic and pretty.

The Honey Hahs – Dear Someone, Happy Something – Pop

The Honey Hahs must be the youngest band I have ever reviewed. Let’s face it, they are children, the drummer is around 11-12. And they are sisters. And they have recorded a respectable debut album, varied and assured, good pop music, well played and performed. Wolfgang Amadeus did quite well at this particular age as well, so unless nasty record company executives manage to botch it up (they might), this is the beginning of interesting careers. Remember where your heard (of) them first…

One career that started very early and that wasn’t botched up, in fact continued to grow and grow, is the career of Robyn, the Swedish star, that has grown with the times and evolved with the music. Listening to her albums over the years you might wonder whether she led or she followed. Robyn’s music and lyrics are open reflections of her life, she shows us her vulnerability, her sorrows, her victories, in a manner that borders on being private. I have to admit I am more stuck in the style of music she started out with as a teenager than what she is doing now, but I still enjoy her work.

Robyn’s career can foreshadow what is coming for the equally brilliant Aurora from Os, Norway. She is out with her second album, and even she has left the past behind her and continued on a path to independence and to finetuning her art. This is a more introvert album, more sorrow and pain, but it is a beautiful pain and there is a positive, hopeful air around both music and lyrics. I do hope the audience that were so moved by her debut album, gets onboard for this ride as well, because Aurora is among the most talented and genuine artists on the music scene anywhere in the world right now. 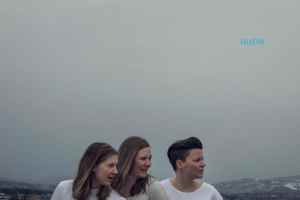 The all-female trio Falkevik also comes from Norway, named after their vocalist Julie Falkevik. As with Madeleine Peyroux, this is a band that manages to build a bridge between jazz and pop, bringing fans from both genres closer together. Nobody will deny that they are closer to the shore of jazz, but this is accessible music for any adventurous listener, and perhaps one of the most beautiful albums of the year.

Bridging a similar gap between classical and pop is the Canadian composer and pianist Alexandra Strelinski. You might have heard her music if you were a fan of the TV series Big Little Lies. Her new keyboards only album is her fourth, so if you can feel your muscles relaxing and your stress level plummeting after listening to this month’s blog, there is more to find in Strelinski’s back catalogue.

I find Mariza one of the loveliest voices around, despite the fact that I do not understand a word of what she is singing. A part of me loves that she is uncompromising – as on her new album simply called Mariza where she only does Portuguese music – another part wishes she would adventure outside her cultural sphere, to open even more listeners up to her wonderful world of music.

I don’t understand too much of what Delgres is singing about either, but I still love the music and the feeling it leaves in the listener’s mind. Paris-born Pascal Danaé formed the trio Delgres and released the album Mo Jodi as a tribute to a Caribbean freedom fighter, Louis Delgrés, who chose death over captivity in the Napoleonic wars. The blues trio, performing in Creole, are hard to pin down musically, there is soul and blues and rock in there, but the overall feeling is still Caribbean.

Boz Scaggs – Out of the Blues – Blues

Boz Scaggs’ heydays were the 1970s, every album released during that decade brought him more gold records and world fame. But the blues and rock’n’roll singer never stopped recording or performing, and I find him as fresh and virile today – musically that is – as when I first heard him back in the 1970s. His new album Out of the Blues is polished blues, still with a sting, performed by an artist that knows his genre better than most. 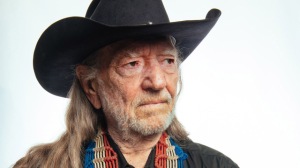 Boz Scaggs is old, Willie Nelson beats him by 11 years. And he still records and perform, despite his 85 years. He is lucky in a way, his voice has always sounded like an old man’s voice, but now it is for real, it is an old man sharing his music with the world. Last month I wrote about his album of original songs, this month I add some of his covers from the American Songbook, not all brilliant, but some are, and the brilliant ones are now in your playlist.

Paul Weller is a punk in comparison, only 61, but even the energetic former vocalist of The Jam  has started to look back and discharged himself of his rock’n’roll past, at least for one album. Because True Meanings is tender and warm and folksy, one of the most surprising albums of the year, in my view. The songwriting is exquisite, as is his performance, and the songs stick in my mind.

Death Cab for Cutie – Thank You For Today – Pop

There is a lot of nostalgia in the latest release from Death Cab for Cutie, this is sweet, endearing pop music, still with a certain edge. The band has followed in the tracks of 80s bands like Pet Shop Boys, but they have kept going, and not all of their previous albums are as interesting and accessible as Thank You For Today, in my view their best album. 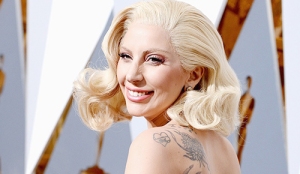 Some of you were surprised when I named Lady Gaga’s album Joanne album of the year, because she might appear as the epitome of the kind of artist this list is not about. I disagree, and since I am writing the blog, I am entitled to. She is one of the most talented artists in her generation, she does not only cater to listeners of Top 20 music, she looks backwards for material, she records music that doesn’t sound as if a robot wrote it. She does that, too, and I realize most of her fame is on account of that, but even the soundtrack from the blockbuster movie A Star is Born, put together by the shrewdest people in the business, has elements of a different, more mature artist. She performs with Bradley Cooper, an actor I know very little about, but the album is great, and Cooper has nothing to be ashamed of either.

The last review of the year is for noonday Underground’s album On a Quiet Night – offering a true garage band sound from the two principal band members Daisy Martey and Simon Dine, filled with fun and noise and joy. And in a way this album builds bridges as well: it is modern and fresh, but there is no doubt where the inspiration comes from, this is the sixties, seventies and eighties sewn into one.

They joined us in February, they have served their time, it’s time to relieve Warhaus, U2, Pugwash, Benny Anderson, Whitehorse, Leon Russell, Nick Garrey, Morissey, Peter Cincotti, Lea Ann Womack, Liz Wright, Lenka, Airelle Besson, Edoard Ferlet and Stephane Kerecki of their duty. Welcome back another year – or to this year’s round up? Who knows? You will, in a few weeks’ time, make sure to come back then….