When Spotify created the brilliant algorithm list Discover Weekly, a bug sneaked into the program. The list was supposed to give you only songs that you were expected to enjoy, but you had never heard before.  Because of the bug songs that you were familiar with were also made available. Spotify fixed the bug. Then listening dropped significantly. Why? Because listeners wanted a fresh taste, but they also wanted familiarity. So Spotify left the bug in. And the rest is history.

It turns out that the older people get, the less new music do they listen to. It is a sad notion, and do explain the static playlists of many radio stations. I also love listening to songs that bring back memories and that I am widely familiar with, but the philosophy behind my blog list is that there is familiarity in inspiration. You may not find songs in my list that you have heard before (although I do add a number of remakes of famous songs), but you will recognize the music that inspired it. And through contemporary musicans’ inspiration comes familiarity. Thankfully, your feedback to me suggests that this is true.

So listening to the music I bring you, you can both be above average adventurous, while at the same time stay in familiar territory. Best of both worlds.

And HERE is the link to the blog list. (and of course links to full version of each album in the reviews below)

The Wave Pictures from Leicestershire are living proof of the theory of inspiration. The band members listened to the parents’ record collections, to The Smiths and Morrissey, and made new music from it. On their latest collection, Bamboo Diner in the Rain, they clearly look backwards, but their sound is still distinctive. This is rougher than most of the music you will find in my blog list, but give The Wave Pictures a try, it is refreshing and naughty and funny – and nostalgic. 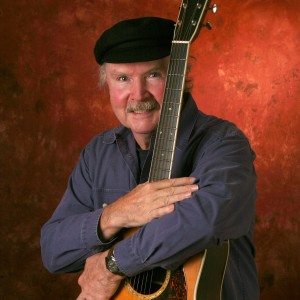 Real nostalgia is listening to Tom Paxton. He is turning 80 this year, and has influenced the soundtrack of our lives more than we may think. His protest songs from the 60s were more hummable and perhaps more childish than songs by his contemporaries, but “What did you learn in School today?” and “The Last Thing on my Mind” stuck in our heads for decades. The simplicity in his song writing is still there on his latest album Boat in the Water, but there is also sting, sorrow and pure humanity poured over the tracks. Some of the songs get too unadventurous for me, but I have picked five lovely songs, pure Paxton vintage.

A singer obviously inspired by Paxton and/or his contemporaries, is Benjamin Folke Thomas. His acoustic guitar-based songs, with rather innocent, but very private lyrics, still have the same intensity as the lustre of older folk singers. The music on Copenhagen is warm and inviting, contrasting with the pain and the urgency in the lyrics. 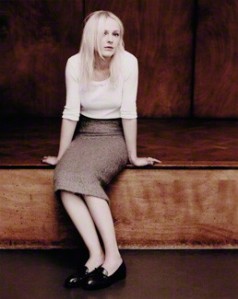 Laura Marling is another folk protégé, but with her own inimitable style – both helped by a truly unique voice, but also by creative song writing of rare quality. I really enjoyed her latest album Semper Femina, more than anything she has done before (she has released 6 albums in 9 years. And she is only 27.). There is so much variation here, so many songs where layers are revealed, both musically and lyrically, by repeat listening. 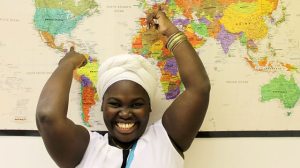 It is a bit harder to discover all genres that have inspired Cuban Daymé Arocena. Her album Cubafonia is a bit unfocused, stretching over jazz and Cuban and classical and experimental, without a true sense of direction. I am a bit at odds who this album is for, but it undoubtedly shows off a rare talent. The songs that I like, I really like, and of course you will find all of them among the new tracks.

On considerably safer grounds we find Allison Krauss, a bluegrass singer who reached world fame through her collaboration with Robert Plant. Her new album, Windy City, is despite the urban title true Country. I find it hard not to be seduced by one of the music world’s silkiest voices, but she adds too little to some of the standards she performs to make it interesting for me. I have, however, found four lovely tracks for you, where she really excels.

Jenn Grant is called a female Ron Sexsmith, and for those of you who have listened to the Canadian singer in my blog list, you will recognize the similarity. This is pop music at its best, distinct and interesting to listen to. Her voice has an undefined edge («like brushstrokes on canvas», one reviewer described it) that adds to the enjoyment and makes the songs stand out, a bit like Aurora and Anne Brun. Perhaps her first European-released album, Paradise, will open new doors also on this continent. Just remember where you heard her first. 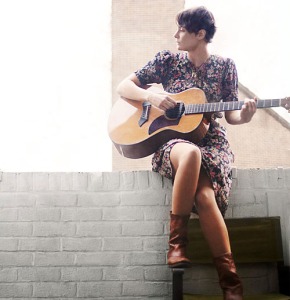 It certainly isn’t easy to stand out and break the surface as a middle-of-the-road pop singer. Sophie Barker was the lead singer of Zero 7 and had one major hit with the group (Destiny). She is now out with a solo album, Break the Habit. Sophie is annoyed at Spotify for giving away her music (or close to it anyway), so she has decided to give the album away herself, on her own homepage. Hopefully this will lead to more people listening to her music, because she deserves much more attention. Break the Habit is a varied and exciting album with terrific pop music, at times symphonic in scope, at times intimate and close, but always fetching.

Greni also used to be frontman for a famous band, Big Bang from Oslo, Norway. Now he has gone solo, with the really telling title, Pop Noir. The album is way more accessible than albums released with Big Bang, less rock, more pop, luscious, flirtatious arrangements and shamelessly catching songs. Hopefully the move will bring more listeners in, even those who would have liked him to stick to rougher music. This is rough and stimulating enough for my taste. Pop Noir won’t put you to sleep, I can promise that much.

It is fair to say that I haven’t been an avid fan of Depeche Mode. They have existed on the periphery of my musical taste, but I know of people who would travel the globe to get a chance to see them live. Spirit, their new album, has a number of songs that reinforce my resistance, but I can’t help liking quite a few of the tracks offered. Depeche Mode seem to suddenly take a political stand, some of the lyrics are more related to what Tom Paxton used to write than to my previous image of them. Perhaps they have always been opinionated, I wouldn’t know. But I do know that Spirit is sporadically a great album, so give it a spin (figuratively, of course)

So there you are, more than 3 hours of new music that I do hope you enjoy, even though you most likely haven’t heard any of it before. But if I, still in my 50s (barely), can listen to novel music, then so can you.