Most of this month’s new blog list tracks come from female singers, but that does in no way mean that there is a lack of variation in what I have to offer you. We will skip from the happiest of musicals to insisting melodies and strong lyrics to sultry South American rhythms to one of Europe’s most popular trios and their electronica ballads.

I have to start with music from the movie La La Land. I can’t remember last time I saw a movie and listened to a soundtrack that made so content, happy, but also a bit melancholic and nostalgic. Emma Stone and Ryan Gosling sing so incredibly well together, and the music of Justin Hurwitz is perfectly integrated into this the loveliest of films. It is surprising that music so heavily infused with jazz and swing works so well in a movie for all ages in 2017.

Remaining in the US, on  to Carol Bach-y-Rita, fluent in 5 languages and singing in at least three on her new album Minha Casa/My Home. She can make it swing in any language, obviously, and is helped along by brilliant musicians like Bill Cantos, who I had the immense pleasure of working with as a student in San Diego. The album is hard to pigeon-hole, as Carol herself seems to be, being a radio star, dance instructor as well as a wonderfully versatile performer.

I introduced Laura Veirs in my blog list in 2012. Now the American versatile singer is back with a new album, Carbon Glacier, and she proves once again she is a true genre-hopper. Her voice is unpredictable and alluring, as is her music, sometimes folksy, sometimes pop, at other times almost grungy.

An even more intense and insisting voice belongs to Courtney Marie Andrews from Arizona. At the outset she sounds like a folk singer, but the music on Honest Life transcends folk. It took awhile before I was won over, but now I hear new things with every listen, and you will find me humming Irene or other songs if you sneaked into my car without my knowing.

Halfdis Huld from Iceland is a little bit easier to call a folk/pop singer. Her acoustic guitar gives her away, as well as her airy, feminine voice. The music on Home is sometimes a bit too sweet, but her songwriting skills cannot be argued with, and as with Emma Stone’s singing in La La Land, it is hard to avoid being charmed. 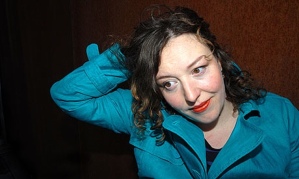 One of the best albums of 2014, Hypoxia, was signed Kathryn Williams, an album inspired by Sylvia Plath’s poems. Her new album, Resonator, isn’t less peculiar. This time she dives into the American standards, but bringing Northern Irish vibraphone soloist Anthony Kerr along for the ride. The sound is eclectic and surprising, perhaps bordering on the mundane when listening for too long. But I still think that many of the standards get a new lease on life through Williams’ interpretation. 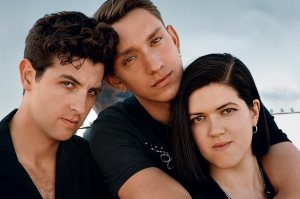 Romy Madly Croft of The xx is one of the most listened-to voices in the world at the moment. Her duets with Oliver Sim make up the sound of this ultra-modern band, still rooted in music from previous decades. There is something really vulnerable in the band’s music that I believe touches something in listeners of all ages. Their second album, I See You, will obviously end up on most best-of-lists this year. Listen to it anyway. It might even end up on mine.

I am normally easily bored by electronica like Christopher Taylor – or Sohn, performs. But I found his new album, Rennen, irresistible, finding great pop music under the electronica surface, and interesting orchestrations and mixes. Not all of it excites me, but there is enough of good stuff here to keep my foot tapping for a long time. Who would believe that would be possible with electronica?

Brent Cash of Athens, Georgia, is a true pop artist with roots taking us back to the 70s and 80s, clearly inspired by the post-Beatles artists dominating this period. He is also a multi-instrumentalist, and on his latest album, The New High, he plays all instruments, except strings. I don’t see the point, to be honest, not that it doesn’t sound good, it really does – but modern pop music at its best is a collective art form in my view. Sorry, Brent.