Do they have anything in common, artists from countries bordering the Atlantic Ocean? Possibly a common denominator of superior music centered in the Mid-Atlantic? Possibly a way of tying 14 highly wide-ranging and diverse albums together without string? After having listened to the 88 brand new songs in my blog list, you decide.

IF YOU WANT TO LISTEN TO AN INDIVIDUAL ALBUM, CLICK ON ALBUM TITLE

At least one artist is tied to the headline: Johnny Borell’s album is called just that, The Atlantic Culture, recorded with the jazz band Zazou. This is a strange album coming from an indie singer like Borell, highly varied music, from lounge music to folk pop. A lot of the tracks are too strange and varied for my taste, but I found seven songs that I listen to again and again. Hopefully you will, too.

I consider George Harrison the second most brilliant songwriter in The Beatles, following Paul, but sneaking ahead of John. Not being too fond of neither tribute albums nor live albums, I approached George Fest with deep scepticism. And I was mostly right, a number of the renditions were mere shadows of the originals, even from established artists that should have known and done better. Still, it is hard to do brilliant songs really badly, and some of the tracks are quite good, particularly Dhani Harrison’s versions of Savoy Truffle and Let It Down. I would leave the album alone, though, and go with my choice pieces – but first and foremost go back to the originals. 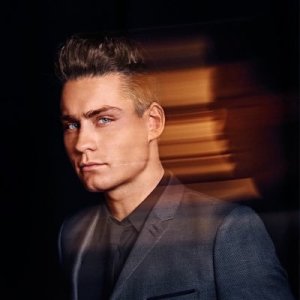 Douwe Bob is like the illegitimate son of Billy Joel and Paul McCartney, shamelessly mimicking the style of the 80s. He has been picked to sing the Dutch entry in this year’s Eurovision Song Contest, and his fame in Holland seems to have no end. Perhaps Pass it On will introduce him to an even larger audience, deservedly so. The song he is entering the contest with, won’t.

Jonathan Jeremiah is mimicking the Doors in a similar way, but his deep voice is definitely not belonging to a resurrected Jim Morrison. Oh Desire is a wonderfully cool album, jazz, soul and soft rock in an enticing mix, all tied together by Jonathan Jeremiah’s voice. Why the single from the album, Arms, is not played to death on the radio is beyond me. 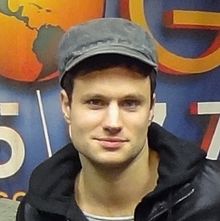 I am equally attracted to Jamie Scott’s My Hurricane. Unlike many other singer/songwriters with an acoustic guitar, Scott manages to create songs from a much wider palette than most of his peers. He has written a lot of the music for boy band One Direction, but is a substantially more interesting artist in his own right. We all need to make a living, I guess.

On to a couple of interesting bands: From the coastal city of Bergen, Norway comes Kakkmaddafakka, the name hinting about a slightly misguided coolness. Kakkmaddafakka is not a rap artist from the Bronx, but a polished indie band, with melodic songs performed with a live feel to them. The band has had considerably more success live than recorded, but perhaps that is about to change with KMF, a chirpy and happy collection that I hope you will enjoy. 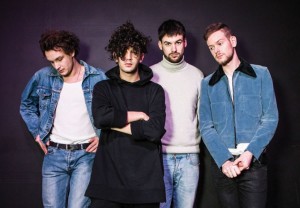 The 1975 is now among the most popular bands in the UK at the moment, which is a bit of a surprise, actually, because their album, I like it when you sleep, for you are so beautiful yet so unaware of it (Sic), is way too sophisticated and ambitious to make it to the top of the charts. But it did. I find it very hard to pigeon-hole the music from The 1975, every new song is a new revelation, mostly a pleasant one. Give the whole album a try if you like the six tracks I have chosen. 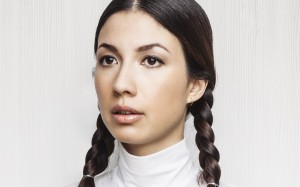 Before we travel across the great Atlantic to the other side, let’s give Emmy the Great a listen. She is born in Hong Kong to an English father and Chinese mother, but grew up in England and there isn’t much Chinese influence in her music that I can hear. Her lyrics and song writing is poetic, sweet but perhaps a bit on the mysterious side. The new album is called Second Love. 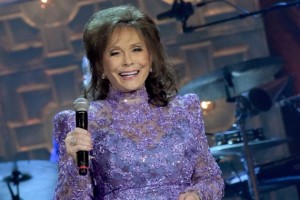 It is pushing it a bit to say that Midwestern country queen Loretta Lynn is influenced by an Atlantic culture, but Country has taken the world by storm and is much more mainstream now than when Loretta started up six decades ago. Her new album, Full Circle, recorded at the age of 84, shows that age is irrelevant in popular music. As many of you have experienced following my blog list, mature artists don’t stop making fabulous music, even into their eighties. Full Circle offers a lot of traditional country, a bit tedious for my taste, but there are more general accessible songs in between. You find them in the list.

Bonnie Riatt is only 66 and could have been Loretta Lynn’s daughter. Just as Lynn has helped make country mainstream, Riatt has done her bit for the popularity of blues and roots music. She is doing her bit with her new album Dig in Deep, too. There is a lot of sorrow and regret in the lyrics, but she is at her best when she ties knots with her iconic Fender Stratocaster and plays good old rock’n’roll, as in Shakin’ Shakin’ Shakes.

Rihanna could have been Bonnie Riatt’s grandchild, but she is already a classic recording artist in her own right and seems to have been around for a very long time. She started recording at 17, so that might explain it. Her newest album, ANTI, is a big surprise, she seems to have sent Swedish pop machine people on the first flight home, and have recorded a sophisticated, different, interesting album, with a soundscape that I am sure a lot of her advisors have warned her about. The way she takes her voice way out of her comfort zone in Higher, proves the point.

Selena Gomez is still stuck with the pop robots, but at least she was left with some of the better ones. I can’t help it, I really like part of her new album Revival, despite the fact that it has its big share of chewing gum music. It is produced with style and makes no apologies, even putting Selena Gomez naked on the cover. And if the singing career should go downhill, she still has an equally active acting career to lean towards. 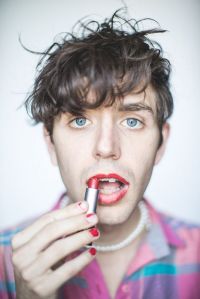 I must admit reading about Ezra Furman introduced me for the first time to the term gender-fluidity. In my time we called it bisexuality, but I will roll with the times from now on. Furman is a playful and colourful American artist, hard to pin down musically, full of surprises and twists and turns. Some of it goes over my head, but it is hard not to find anything on his album Perpetual Motion People that you don’t like, and I have found five highly enjoyable tracks for you.

Emitt Rhodes has taken up a lot of positions in his musical career, singer/songwriter, yes, but also drummer, recording engineer, bass player and pianist. With his newest album, Rainbow Ends, he is firmly in the country pop landscape with his music, beautiful, hummable pop music, good for you hearing and your mood.