Worried about high blood pressure? Or too little excitement in your life and your body? Music in general – and my blog in particular – may be the answer. A new study reported in Heart, a British Medical Journal publication, has shown that listening to fast music increases blood pressure, whereas listening to slower music has the opposite effect. Today’s new additions will certainly do both, but mostly I have picked artists performing the slower specimens this time. It is a busy time of year, so I’ve chosen to be gentle. You’ll thank me later.

Let’s start with mellow piano music from Chris Connoly, Sun Kil Moon’s pianist. Rock music is by definition repetitive, and Connoly brings the revolving themes into his piano pieces. I find it mostly comforting and heartbreakingly beautiful, although some of the tracks on the album Alameda may be a bit annoying when the themes are repeated over and over again. The four tracks I have chosen are safe, though, and well worth listening to.

The Unthanks from Northumberland in England will treat your heart well. Their new album offers true folk, but often with lavish pop arrangements, making them considerably more accessible than most folk. The sisters’ buttery voices with a bit of edge on top will sooth anyone. The Unthanks naturally reminds me of First Aid Kit, although the former is truer to folk roots. Mount the Air is just lovely, nothing more to say. 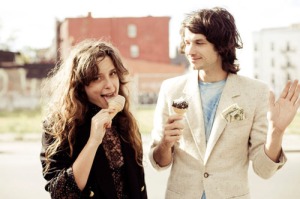 The American group Beach House is a pop duo from Baltimore, but the lead singer, Victoria Legrand has roots from France and from one of the greatest musical composers ever, Michel Legrand. Their latest album Depression Cherry shows off their unique and gracious dream pop style. There are more electric instruments here than you would think, given that it the sound is so cool and mellow, but the sound picture is clean and uncomplicated, letting Legrand’s voice tickle you.

I have added music from Yo La Tengo before, considerably less mellow than the new tracks you will find added to the list. The four-piece band from New Jersey is considered an indie band, but on their latest, Stuff Like That There, there isn’t much reminding me of mainstream indie. This is basically an acoustic album with folk undertows, sweet harmonies and lovely melodies, nothing like their previous, groundbreaking album Fade. Perhaps this is what pushing borders really mean. Yo La Tengo does what it likes. And I tag happily along, hoping you will do the same.

Brian Wilson hasn’t changed much, though, but the quality of the songwriting is still as exquisite as in the glory days of the Beach Boys. He keeps the surf beat going, repeating himself just enough to keep us hanging on and without tiring us out. The worst part of this album is the ridiculous pun in the title, No Pier Pressure, the rest of this latest delivery is bursting with sunshine and happiness. Some of the songs brings me back to less troubled days, to a quiet place in my soul. What more can I ask for in music? Bless you, Brian Wilson, may you live and compose and perform forever.

Considerably younger, the Durham family is also going back in time for inspiration. The siblings forming Kitty, Daisy and Lewis stay with their acoustic instruments to create their happy jazzy swing music, borrowing from folk and variety music. On Kitty, Daisy and Lewis The Third, the is a lot of fun and sweetness, all performed with originality in orchestrations and the vocals. 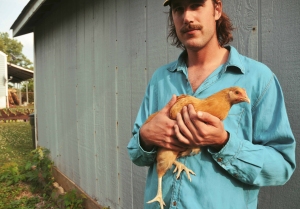 This week’s biggest surprise is Rayland Baxter and his second album Imaginary Man. His voice is so out-of-the-ordinary, touching and occasionally even intimidating , but never unexciting. Every time a track starts he grabs my attention even if have drifted away for a minute. The songwriting is equally good, songs that sticks with me. There is humour and grief perfectly mixed together on this amazing album.

Another brilliant new artist, Lianne La Havas, was introduced to me in 2012 when she released her first album. I added tracks back then, hopefully introducing you to a new talent. Now she has matured even further, and Blood is a great and musically wide-ranging album, introducing us to both soul and sophisticated pop. She worked for a while with Prince, and his influence can definitely be heard, particularly in the daring arrangements and self-confident use of her pleasing voice. 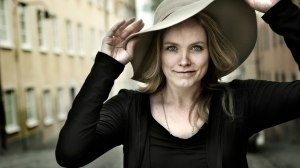 I must admit I have never subscribed to the bottomless praise of Norwegian singer Ane Brun. Of course I recognize the quality of the songwriting, the sorrow in her powerful voice, the daring changes in moods, but it has always been too dark for my taste. On her latest album, though, there are definitely tracks that are pleasing to my ears, as well as to everyone else’s, judging from its popularity . The orchestrations are richer , there is not only sadness in the songs, and I have seen an artist who moves, smiles and reassures. If you are not like me, listen to the whole album, When I’m Free, if you would like to be introduced gently to Ane Brunism, stick to my four selected tracks.

Avid fans of my bloglist (you MUST be out there somewhere calling yourself avid fans) may have noticed that I have added only the occasional Swedish artist, partly because I blame today’s Swedish composers and producers for having ruined much of today’s music scene with their bland and cynical music productions, churning out mostly totally uninteresting “songs” devoid of even the simplest level of sophistication. But enough ranting, I forgive the Swedes because they occasionally give us some of the best music in the world as well. I wouldn’t necessarily call Amason among the best in the world, but the band takes me back to soothing 80s pop, like Fleetwood Mac. The boys and girls in the band have been around for a while, and perform and write with a delicious self-confidence. Sky City is bursting with interesting pop. 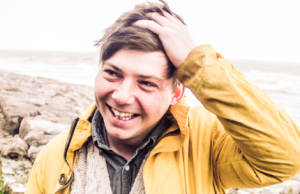 On to a country that only has done good for world music, Wales, and to Stephen Black aka Sweet Baboo. He his already released four albums, and listening to his fifth, The Boombox Ballads, I realize I have to go back to listen to the previous ones. There is a bit of soul, a bit of playful pop and a lot of inventive songwriting, with amusing and pointed lyrics. Sweet Baboo’s voice sounds laid-back and like the man owning it having a lot of fun.

Our final artist this time around  is Ingrid Michaelson, the American pop singer with a big following already. Her fourth album went straight to #5 on Billboard, and I would be surprised if Lights Out wouldn’t do well, too. The music is a bit slick, polished and perhaps overproduced, but I guess that is what it takes to make it to the very top. Enough tracks are pleasant enough to enjoy over and over again, both the ballads and the straighter pop tracks.

With 64 new songs in the list, something has to give, and this week I am removing Madonna, Ringo Starr, Ron Sexsmith, Brandi Carlile, Fairport Convention, Keath Mead, Tobias Jesso Jr. and Rebecca Ferguson. These songs have been in the list since May.