Summer is the perfect time to push some musical boundaries. I have added both pure jazz, classical music, world and Europop to this week’s blog list, knowing that you are too sedated by sun and sea to protest. By then you may have fallen in love with new tracks you never would have considered if it hadn’t been for my blog list. To soften the blow – and to remain ahead of the game – you will find the music both in Spotify and in Apple Music! Some tracks are not yet available in Apple Music, but enough are there to give you a real choice. You’re welcome. 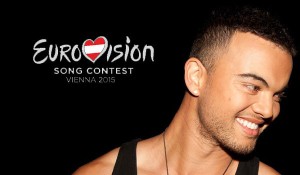 The most controversial trakcs added  are  of course songs from Eurovision Song Contest. It is easy to forget when being exposed to one crap song after another that every year a small number of countries come up with something different and worthwhile listening to. I added five of the 20+songs last year, and I do the same this year: the songs from Latvia, Belgium, Australia, Norway and Cyprus. Grit your teeth and give the songs a chance if you haven’t already done so. 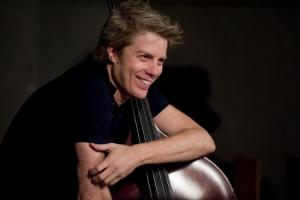 And when you’re in a broadminded mode, lend your ear to Kyle Eastwood. Yes, he is the bass playing son of the great Clint. Like many sons of celebrities there has been advantages and disadvantages of being in the spotlight with your parent. The expectations are high, but at the same time exposure is easier to get. Kyle is, however, a true artist in his own right, a great jazz musician and film composer. His new Timepieces album is filled to the brim with classic jazz, perfect for summer listening.

If you haven’t given up on me by now, let me move swiftly to the wonderful voice of Angeliquie Kidjo, (the flag is from Benin, if you wondered) performing some of her best world songs with a symphony orchestra from Luxembourg, Orchestre Philharmonique Du Luxembourg True African beat fans might find this a bit too polished, but I think Sings is the perfect mix of Western and African influences, and if you are unfamiliar with African music, this might be your ticket into an exciting musical world.

Staying within the classical world, let’s move to James Horner and his collaboration with the Norwegian siblings Mari and Håkon Samuelsen. Their album, Pas de Deux, has been this spring’s surprise hit in Norway, where classical music doesn’t normally reach the hit lists. Reviewers haven’t all been kind to the album, classifying it as kitsch and not demanding enough, a criticism that has only heightened the interest. Tragically, James Horner was killed in an airplane accident shortly after the release only 61 years old. Pas de Deux consists of compositions clearly inspired by the great romantic masters and of Hollywood, but I find both the siblings’ violin performances and Horner’s compositions beautiful, haunting and tender. 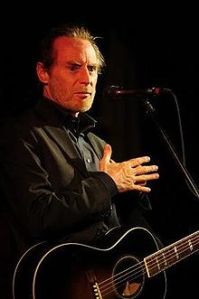 Tenderness is at the centre of JD Souther’s new album called – naturally – Tenderness. Souther doesn’t even try to make music that sounds remotely modern, but for all of us missing Don Henley, Harry Nilsson and other 70s crooners find some consolation in JDs sweet, tender pop music. I have fallen in love with this album and will turn to it every time life runs off with me, reminding me of the wonderful first decades of my adult life.

I have also fallen in love with Canadian married couple duo Whitehorse and their album Leave No Bridge Unburned. The album came as a complete surprise to me. As I listened to it for the first time, I was completely taken aback by the quality and the smartness of the song writing. There is a freshness and cheekiness to the music that is quite rare these days.   This is Whitehorse’s second album, so hopefully we have years of wonderful music to look forward to. I have had a hard time cutting down the number of tracks, but if you want more, go to the whole album and also to their debut album. You will not be disappointed. 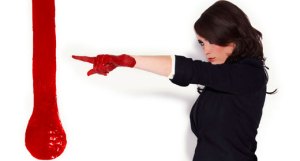 Chungking, a trio from Brighton, England, don’t flirt too much with Top 20 contemporary music, rather there are throwbacks to the disco age in their music with Jessie Banks’ sugary vocals at the front. The band was big in Japan already in the early 2000s, and now they hope to make it in Europe, too, with Defender  At least they made my blog list, so let’s see where that can lead Chunking.

American indie band My Morning Jacket, also has a background performing with symphony orchestras. The five-member band recorded and performed with The Boston Pops as far back as in 2006. Now they are out with a fresh new album, The Waterfall, their seventh to date, and definitely their most successful. I have added three tracks, but if you like it, go to the full album.

The last entry this week is also an American artist, country singer Shelby Lynne. I consider her 2003 album Identity Crisis, one of the best country albums ever. In my view she has never reached that level since, but her albums are always well crafted and unique. That goes for her latest as well, I Can’t Imagine, a truly inspired album.

We are saying goodbye to Matthew Edwards & The Unfortunates, Blake Mills, Paul McCartney, Saint Saviour, Moi, Anthony D’Amato, Mimmi Tamba, Yusuf/Cat Stevens and Elin Furubotn, who have all cuddled our eardrums since January.

Here is the music in Spotify:

And for you early adapters, here is my Apple Music playlist. It might not work everywhere and on every device yet. But believe me, the music is there: https://itunes.apple.com/no/playlist/petter-wallace-bloglist/idpl.8201d6af39254e54a713b6dbc7c6dbdb?l=nb