I know you faithful followers of my blog listen to the music I recommend in different ways. Some of you tell me you listen to the albums one by one, others start at the top and play till you get to the bottom. My own favourite method is the shuffle: I open the list in Spotify, put it on shuffle, and move from one track to another on an algorithmic day trip, being repeatedly surprised by how much good music there still is in the world –  even after The Beatles broke up. Whatever way you listen that’s up to you, but if you haven’t tried the shuffle yet, perhaps this Easter that’s how you are going to make a change in your life. To help you along I have added 45 new tracks to make the ride even more pleasant. 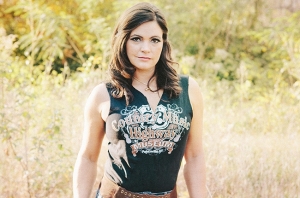 I have admitted it before, and here I go again: Country is the new rock’n’roll. As long as I can escape the most bland, old fashioned country, I take great pleasure in what comes out of Nashville and other country Meccas. One of the nu-country bands I haven’t listened to is Pistol Annies, but I will reconsider after having listened to band member Angaleena Presley and her American Middle Class album. This has been labelled sophisticated bluegrass, which sounds like a contradiction in terms, but I know exactly what is meant, and listening to the milky smooth voice of Angaleena will possibly give you a country epiphany as well.

It isn’t far from Angaleena Presley to Gretchen Peters. She is older, born in the Bronx, and occasionally strides away from pure country, but Peters’ new album Blackbirds, is unmistakably Nashville as well. She also reminds me of last year’s number one in my book, Roseanne Cash, with similar intelligent lyrics, catchy and well crafted tunes, performed with true conviction and more than a pinch of melancholy. My heart overflows.

Willie Nile is even older than Gretchen Peters, born in 1948 (she in 1957), he is labelled as a rock’n’roll singer, but his piano centred music has elements of country in it, if you ask me. He is from Buffalo, New York, but has travelled the world. A concert in Oslo, Norway with Eric Andersen in he late 1980s was videotaped and brought to the attention of a talent scout in Columbia Records, and Nile was given a second recording career after that. Listening to his latest album, If I was a River, gives me a feeling of being near a true classic. The songs are bordering on the pompous, but his insisting voice forces the listener to hear the words, filled with reminiscence, and the good in humankind, and I realize it isn’t pomposity at all, just truth.

There are quite a few albums among today’s additions to the blog list that permeate the mundane and bring us to music that may last longer than we do, the mark of true classics. I first heard Father John Misty’s voice as part of Fleet Foxes, the wonderful post-Beach Boys band that was the talk of the music industry four-five years back. I added his first solo album to the list, but it is with I Love You, Honeybear, that Father John Misty emerges as a truly great and perhaps lasting pop artist. Of course his name isn’t John Misty at all, but Josh Tillman. His lyrics come with a warning, not that I would think many would take harm from listening to his stories of doubt, sexual urges, of falling in love and of sticking to relationships. It is not necessary, however, to glue your ears to the speakers to grasp every word; the songs are small symphonies with a great value even without the lyrics.

Sticking to potential classics from established artists, the Head of Moaning is next. I have never been thrilled by Damien Rice’s whispering, ultra-thin falsetto voice before, and have never liked much his sad and introvert music. Then My Favourite Faded Fantasy comes along, and I am completely taken aback. I know I have used the word classic a lot today, but I have to use it again. Yes, the voice is still there, but it is put to use in a collection of songs that never stop growing on me. Many of the tracks start small and grow into wonderful landscapes of sound. It is hard to label the music, we used to say Damien Rice was a folk singer, but I don’t think so, not any more. This is the music of conviction. He is dethroned as Head of Moaning. I take it back.

Punch Brothers are even harder to label. Stephen Holden called it American country-classical chamber music, and perhaps this is the closest we’ll get to describe what this is. The mix of elements is sometimes bewildering, and I haven’t found more than four tracks that I dare add to the list, but if you like it, there is more of the same on The phosphorescent Blues album. Classic instruments abound on all tracks as well as Chris Thile’s boy band vocals. I like what I hear, it is different, it is surprising and it is fresh.

The most unknown artist in today’s blog is Canadian Travis Bretzer. His music roots, however, go way back, there is a lot of Beach Boys and surfers’ pop in here, reminding me of summer and sun and an uncomplicated life. He has named the debut album Waxing Romantic, a good description of the coating most of these songs have been given. And isn’t it about time to look forward to months with no r’s in the name?

To help develop a genuine summer feeling, I end with English Mark Ronson’s compilation album, Uptown Special. I know you have heard it a lot already if you have a radio, but I reserve the right to occasionally add tracks that followers have run into before, because they are so good, and ask forgiveness for that. This album is a true homage to old-fashioned funk and rhythm & blues. The most famous track, Uptown Funk, featuring Bruno Mars, is perhaps better than most songs it is inspired by. Funk just doesn’t get better than this.

Avi Buffalo, Yes, Larking Poe, Emilie Nicolas, Brian Setzer, Mark Fry, Shovels & Rope, Ally Kerr and Adam Cohen have all decided to leave us for the time being. So be it. Happy Easter, everyone!