There’s been a lot of talk about the underrepresentation of female artists in the hit lists. I don’t dispute the arguments, but am bemused by it, because I come across so many excellent female musicians in my search for great music, that I sometimes wonder if it is men that are underrepresented. Today’s blog list additions are definitely an argument in that favour. A number of female artists are worthy of the right to reach your ears, and a few men as well, of course. 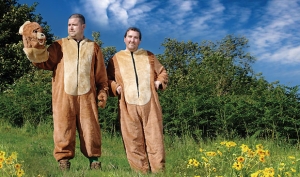 Let’s start with, not one man, but two. The 2 Bears consist of Joe Goddard and Raf Rundell, two Brits that formed the duo in 2009. The music is happy and varied, ranging from indie to electronica and dance, with a sense of fun running as a red thread throughout the tracks. Their second album, The Night is Young, was released a few months back, and I have added four happy songs from it to the blog list. Taster: 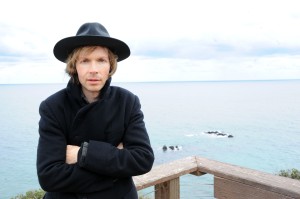 To get the men out the way: The multitalented artist and composer Beck has released a peculiar album, Beck Song Reader.In fact, this isn’t really a Back album; he has written a number of songs published as sheet music, and have asked other artists to interpret and record them. I think the result is a bit varied, but mostly good. I have picked songs performed by Bob Forest, Eleanor Friedberger, Juanes, Scott Sparks and one of my favourites this year, Loundon Wainwright III. If you like what you hear, that doesn’t necessarily mean you will find similar songs on the rest of the album. But give it a try. Taster: Loudon Wainwright III – Do We? We Do

Last man out this time is Erlend Øye, better known as half of the duo Kings of Convenience, the group that picked up the relay baton after Simon & Garfunkel. Øye has released a sweet, reggae-dominated album, Legao, produced and recorded in Iceland with the Icelandic band Hjálmar. We are now further away from Paul and Art, but I really like a number of the new songs, elegantly and minimalisticly produced. Taster:

The Canadian band Alvvays (sic) has two women at the front, Molly Rankin on vocals Kerri MacLellan on keyboards, and has a fresh, female sound, if there is such a thing. I am getting a bit tired of the echo/ballroom sound of so many of the contemporary indie bands, but with Alvvays it works well. The songwriting is clearly above average, there are quite a few memorable songs on the Alvvays debut album. Taster:

On to Scandinavia, first stop Sweden and the Swedish-language album Regnet faller utan oss (The Rain Falls Without Us) by Sofia Karlsson. Sofia is originally (and still very much) a folk singer, but has delved into pop music with a much local success. Her songs and voice are worth listening to, independent of genre. Taster: Sofia Karlsson – Dalarna från ovan 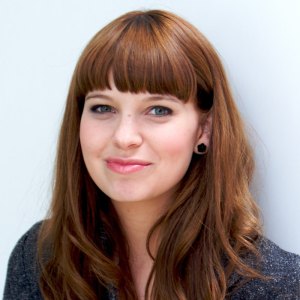 In Norway, the homespun diva Marit Larsen has released her fourth solo album, establishing her as the Norwegian pop princess of the last decade. The album is blandly enough called When the Morning Comes. This is an album for the fans, more of the same. That doesn’t have to be as bad as it may sound. Marit Larsen deserves her royal title; she is one of the best pop song writers around regardless of country of origin. Marit was part of the teenie group M2M, and has been a musician since she was a child. That pays off now. Taster: Marit Larsen – Please Don’t Fall For Me

Nina Pedersen is also Norwegian, but has built her jazz career in Italy. If there ever is going to be a prize for building cultural relations between Italy and Norway, Nina should be the second recipient after Henrik Ibsen. She introduced Norwegian folk music to a wide Italian audience with Songs From The Top of the World, and with her new album, So Far So Good, she brings exquisite Italian jazz musicians to Norway. I am bewitched by her lovely voice, and also marvel at the quality of her song writing. Taster: Nina Pedersen – The Moon And I

Maybe with the exception of Ella Fitzgerald, Annie Lennox is perhaps my favourite singer of all time. There is something about her voice that manages to turn any song into true emotion. A lot of reviewers have given her rough treatment, particularly when she has interpreted other people’s work, but I ignore them and I hope she does, too. Her new album, Nostalgia, is filled to the brim with songs that I love even before she interprets them. Taster: 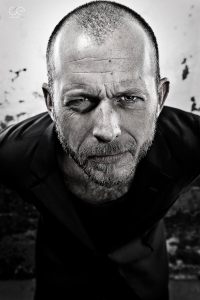 That’s it for this time. Oops, one more thing, to paraphrase a certain inventor, I have added one more song. NRK in Norway is publishing the thriller series “Øyevitne” (Eyewitness) these days, and the title track, Saviour Unknown, is wonderful, performed by Shaun Bartlett. So you see, there ARE a few good male singers around. Taster: Shaun Bartlett – Saviour Unknown

We’re saying goodbye and au revoir to Ayo, The Belle Brigade, Jeremy Hunter, Joan as a Policewoman, Lucius, Marte Wulff, Morten Harket and Peter Mulvey, but with the additions there are still more than 21 hours of great new music for your enjoyment.