One of the exciting new, featured artists in this month’s blog addition, Parker Millsap, sings about being Quite Contrary, just like Mary in the nursery rhyme. And perhaps the music in the blog does prove that being contrary to contemporary musical trends is still possible. Sometimes it pays off in terms of huge, worldwide success, but most of the time it leads to a smaller, but mature and appreciative audience. In no way is there a direct correlation between huge success and quality in today’s music business, but the opposite is equally untrue.

Let’s start with the quoted artist, Parker Millsap. His album, simply named Parker Millsap, was released this summer. 21-year old Parker grew up in small-town, old-time religion Oklahoma, and brings this experience into his songs. He went to California to learn the recording business, but when he wanted to create real music he went back home again, and there is a lot of Oklahoma in these songs. I have added 7 of them, so you will have ample opportunity to get to know Mr Millsap and his musical world. Taster: Parker Millsap – Quite Contrary 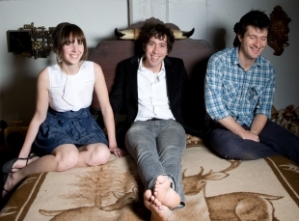 On to Northeast USA and to Bishop Allen, an indie band mostly consisting of two musicians, Justin Rice and Christian Rudder, but with a lot of session musicians helping to create the happy west coast sound of the band. Bishop Allen has, as have many other artists, used soundtracks of television series as stepping stones to (moderate) success. It seems like a lot of TV viewers are using Shazam to help identify good music heard in the background of their favourite TV series. I am one of them. Taster: Bishop Allen – Hammer and Nail 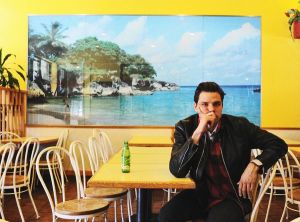 And while we are in North America, let’s get acquainted with Canadian band Bahamas – or rather, like the title of the album suggests: Bahamas is Alfie. Alfie, in this case, is Alfie Jurvanen from Toronto. The music is slightly influenced by country and Americana and you’ll find six of the songs from the album in the updated list, because I hope you will enjoy Bahamas as much as I do. Taster: Bahamas – Can’t Take You With Me

Thea & The Wild and Bahamas has one thing in common: as Alfie is hiding behind Bahamas,

Thea Glenton Raknes has made up an imaginary band, The Wild, that performs with her on her debut album, Strangers and Lovers. As with Alfie, Thea does most of the work herself. Her voice is her best feature, creating a sound that is unmistakably hers. With more imaginative song writing this album would be even better. I have picked three tracks that showcase Thea at her very best. Taster: Thea & The Wild – Heartattack

Team Me is a real band, it it really sounds like one. The vocals are performed as if a mid size choir is on stage, the result being a broad and festive sound. The songwriting and the production is like good champagne, bubbly and tantalizing. Blind as Light is their second album, and if you like this, you are bound to enjoy their first as well. Taster: Team Me – The All Time High

We travel across the North Sea to New Malden in London and to Luke Sital-Singh. He released a few promising EPs in 2012 and 2013. This year his first full-length album came, The Fire Inside. I find the tracks considerably more mature than what you would expect from a debut album, great songwriting and self-confident vocals from Sital-Singh. I have added five beautiful tracks, and if you like it, go back to his EPs as well, a lot of gold is to be found there as well. Taster: Luke Sital-Singh – Nothing Stays The Same

Let’s cross one more sea, to Ireland and to a seasoned traveller, Sinead O’Connor. Few artists have created more controversy than she has. Still, she has weathered every storm, with a considerable penalty to pay, I am sure. A lot of her hurt is found both in her lyrics and her music. It is hard to agree with everything O’Connor has said or done, and I don’t think she expects that of her fans. However, the music speaks for itself, also on her new album I’m not Bossy, I am the Boss. Give it a listen. This is good pop music with deeply felt lyrics. Taster: Sinead O’Connor – How About I Be Me

A last ocean trip, this time back to Scandinavia and Denmark, brings us to Tina Dico. Although she may be a new acquaintance to most of my blog listeners, she is in no way new to the Danes. Tina’s full alto voice has pleased her home country fans since the early 2000s, and they have consequently awarded her with both prizes and praise. Her album, Whispers, is out internationally now; she now lives in Iceland and performs all over Europe. I have listened to Whispers a lot lately, and I give you the same opportunity by adding 7 wonderful tracks. Although she has her own unique sound, if you have enjoyed Laura Mvula or Sade, you might be particularly satisfied with what you hear from Tina Dico. Taster: Tina Dico – Whispers

To make room, we will have to excuse Carl Espen, Dean Wareham, Elbow, House of Cards soundtrack, Kari Rueslåtten, Linda Perhacs, Lisbee Stainton, Temples and The War on Drugs. Thank you for six months of blog list service.